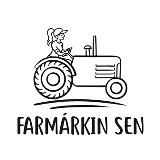 The time has changed, cheap fruit has been imported from abroad or freezers have stopped working and the sales channel for blackcurrant production has disappeared. At that time, the cultivation of berries in Pukanec ended.

I was interested in continuing the tradition but on the foundations of organic farming. I gained courage and know-how and in 2014 with the support of EU funds we planted an extensive plantation of currants which you will find on way from Pukanec towards Bohunice.

The beginnings were difficult but at the same time it was a big challenge for me. The challenge was weeding. We needed to clean weed near the blackcurrant bushes so that it did not prevent them from growing, maturing berries. In conventional agriculture weeds are disposed of using chemical sprays that are effective but have a negative effect on the crop itself. Such products are prohibited in organic farming. The only solution to be considered was mechanical disposal. We bought a swing section with a rotavator. During this process I have established a great relation with blackcurrant. You know how?

Just spend at least four hours a day in a tractor :-) whať a new experience in life

For the first time it was difficult - after firstshift your whole body trembles because the tractor is not a limo!

The knife did not want to dig the hard Pukance land, we were waiting for the rain but you will nost choose the weather!

To this day I remember dug up currants and bees and bumble bees were flying around - a wonderful experience!

Finally the currants gained space for growth and important watering - a goal met!